Wind of the North Tour 5Days 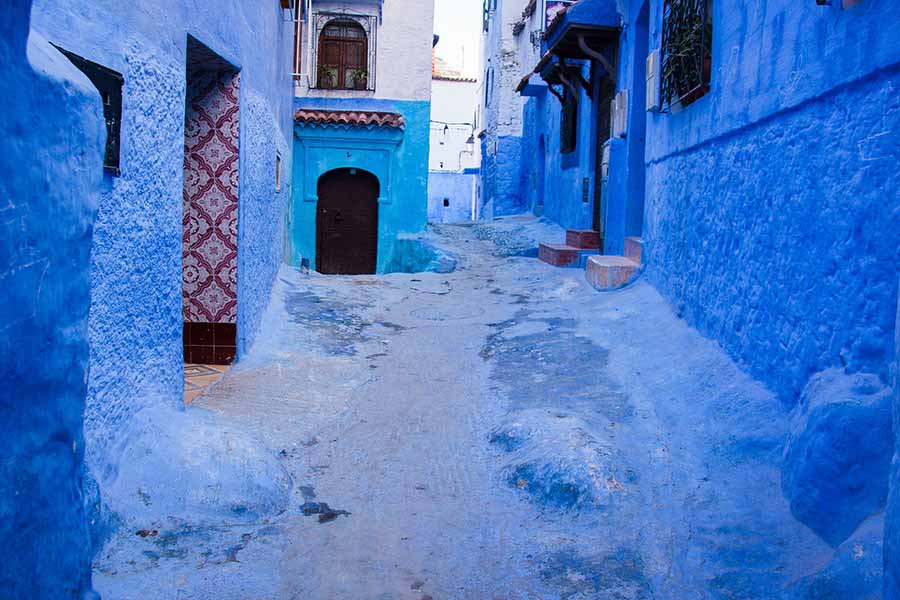 This tour in the direction of the north will be very entertaining since you will undeniably unveil the pleasantness of the mountains and scenery along the way.

Besides, you will stop by numerous sites and locations to learn about.

Day 1 : From Fez to Chefchaouen via Volubilis and Meknes.

After breakfast, Your private driver will pick you up from your hotel/guest house throughout a charming greenbelt roadway to unveil the impressive archaeological remains of the Roman city of Volubilis.

Up to the end of the 19th century, the site was recognized as that of an age-old city of Volubilis

About half of the site was quarried. Hence, fine mosaics came to light and its high-status were reconstituted, particularly during French colonization over Morocco.

Nowadays, this tourist resort has become a UNISCO World Heritage.

Our next station will be Meknes.

The first stop by is going to be Bab Lekhmiss, then the jewish quarter called El mellah.

Hri Souani : One of the most tempting monuments of Meknes, pinpointed about 500 m south of the Royal Palace and the place Mechouar, it dates from the time of Moulay Ismail in the early eighteenth century .

These well fed at the time as well as the building Souani basin, large water tank constituting the monument with a single entity.

It is a building composed of huge vaulted silos, built largely stores; it is covered terrace supported by huge pillars.

The well-built walls guaranteed a constant temperature that made the maintenance of food easy and fresh.

Late in the afternoon we will keep on driving towards the north to expose the greatest Rif Mountainous town-Chefchaouen.

Once there, you will be directly conveyed to your hotel for dinner and overnight.

After breakfast, a guided outing will make your visit more significant.

The museum of the kasabah which was set up in 1471 is going to be our initial drop in.

Currently, the kasabah has been pinpointed as a momentous building reflecting the immense bulwark of that time.

The museum’s roof remains an appropriate location for taking pictures of the Hispanic flavored town with its white and blue houses, little balconies, tiled roofs and porches garnished with citrus trees.

Plaza Uta el-Hammam is a historical site known by the impressive 15th century Grand Mosque is also a must-see place.

As soon as the visit is finished, you will be taken to your hotel /guest house for a delicious dinner and night.

Day 3 : Free day OR an exclusive excursion to Akchour scenery.

For our third day in Chefchaouen you are on the loose to do any activity you like.

It is a small village with 24 Km away from Chefchaouen on the roadway to Oued Laou .

It looks like a paradise where visitors can enjoy the coolness of the climate along with the terrific scenery surrounding the area.

Day 4 : Chefchaouen to Tetouan then Tangier

Today we are going to Tetouan city, about 65km from Chefchaouen. The fisrt stop by will be the artisan centre called Bab el-Okla. A work place of several sorts of artistic items, involving decorative wooden products, silk clothing as well as tortuous mosiacs.

We will also pay a visit to the archeological museum in the heart of medina.

The medina of Tetouan is caracterized by its typic network of semidarkness pasaages makes it one of selected World Heritage Site of UNISCO.

Our visitors will enjoy circling around Lmalah (Jewish quarter) including local shops of different items and trades as shoes, jewelleries and so forth.

To have a look at the Hispano-Mauresque design we recommend a must-see visit to Hassan the second square along with the Royal palace.

We recommend an independent lunch around the area before moving to Tangier where you will be transmitted to your hotel for dinner and overnight.

Day 5 : From Tangier to Fez

In the morning and after taking your breakfast, your private driver will pick you up to drop in Cap Spartel and see the Hercules’ Cave.

Just after this visit we will turn back to Fez to prepare for the departure to your home country.