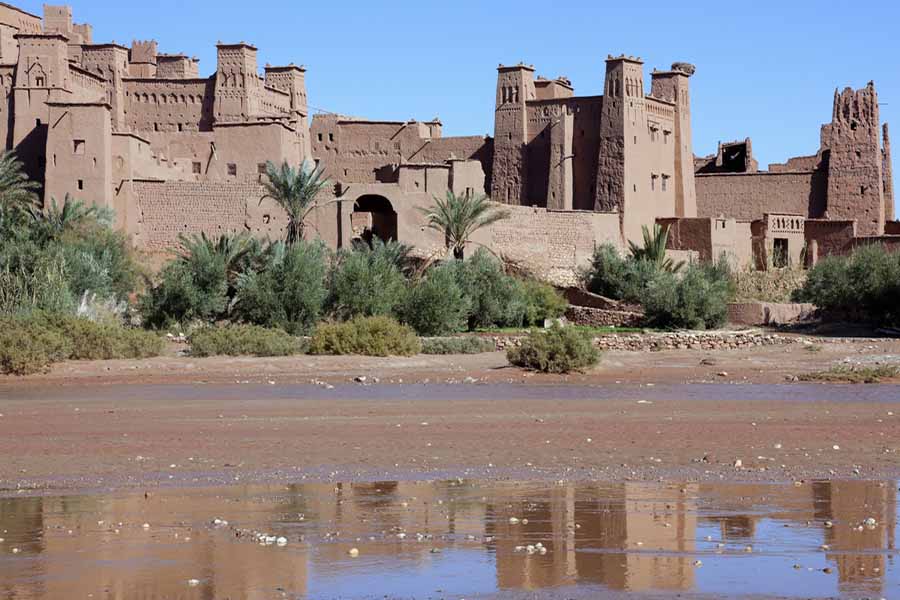 Today’s excursion will be very typical, the expedition commences from Marrakech passing by Tizin Tichka.

Here you will feel at large to take pictures while having a tea break.

Next, you will be driven to Telouet where you come across the Glaoui Kasabah.

It was an attractive Kasabah stands for some historic events linked To the ‘brute’ Sultan of that era and because of which the Kasabah starts to decay .

Following this short visit, your next stop by will be Ait Benhaddou village .

The site is characterized by a set of traditional pre-Saharan habitat, surrounded by high walls.

Internationally, It is a tempting location for world film directors .

Back in the history, this valley was a junction of caravans combining Marrakech with the south of Sahara merchandizing a countless number of goods as well as slaves.

Next, you are going to visit the Kasabah of Taourint as well as the international film studios where numerous celebrated movies have been filmed like :

The Mummy ,Gladiator, Lawrance and so on.

Passing acorss Tichka Pass of the high Atlas where the mountains inclines are gathered with mud dwellings buildings sheltering Berber families, you will be driven back to Marrakech.