Marrakech to Merzouga and Fez 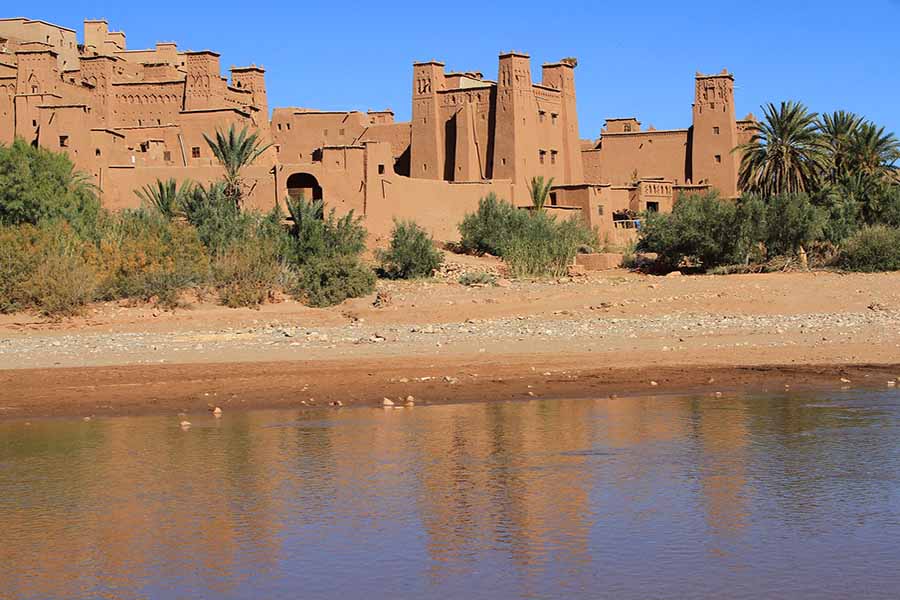 In this itineray we will be departing from Marrakesh via the the high Mountains of the Atlas throughout Ouarzazate, Ait Ben haddou, then we will traverse the Sahara desert for an enjoyable trekking and camel ride.

Subsequently ,you will be taken to Fez, crossing the Middle Atlas Mountains.

Day 1 : From Marrakesh to Ourzazate with a sightseeing in Ait Benhadou.

From Marrakesh we will pass by Tizi Tichka , then through the Ksour and Kasabah

Just after you will explore Ait benhaddou , one of the UNISCO’s world heritage.

It is a village where numerous films were filmed.

Back in the past, Ait Benhadou used to be a traditional interjection of caravans linking Marrakech with the southern Sahara.

It was a midpoint for traders who used to do business in goods as well as slaves.

Before carrying on to our destination to Ourzazate , you will have your lunch In the same area.

Afterwards , we recommend a stop by the Kasabah of Taourirt.

We will spend our first night in Ouarzazate under a starry sky.

After an early wake up This morning, the driver will pick you up forward to Soukora. It is also categorized as a UNISCO international world heritage.

Kelaat Maggouna is regarded as a must-see town which plays a prominent multiple roles in the region commercially , economically and socially speaking.

Maggouna is famous for its yearly “flower festival” too.

For a fabulous photography scene, we will suggest a pause by Dades valley.

From there to the Gorges of Todra, a common space for a tree-hundred walls climbers.

Uncover the attractiveness of the hill of the dunes, precisely at sunrise and sunset time.

In order not to miss this terrific scenic, your local guide will take you in an amazing camel ride towards the desert.

Dinner under the stars on the sandy hills of Merzouga for the overnight.

Day 3 : From Merzouga Dunes, stopping at Rissani & Erfoud back to Fez.

Rissani will be our next Location.It was considered as the capital of Erofud because of its position as a crossway beteewn south and north.

There is you could enjoy seeing the traditional atmosphere of its open –market souk which comes about three times a week: Tuesday ,Thursday and Sunday

Next , we will pay a short visit to Arfoud’s museum of fossils.

Then a drive across Ziz Valley, Midelt (Lunch could be taken around the area)

Next to Fez throughout the Middle Atlas without missing a stop by the terrific cedar forest view of Azrou/Ifrane city .

What is more tempting there is the Barbarous apes living in the area.

If you wish we can stop for taking some pictures.

Our task will ultimately be closed once we arrive in Fez.