Casablanca to Meknes and Volubilis 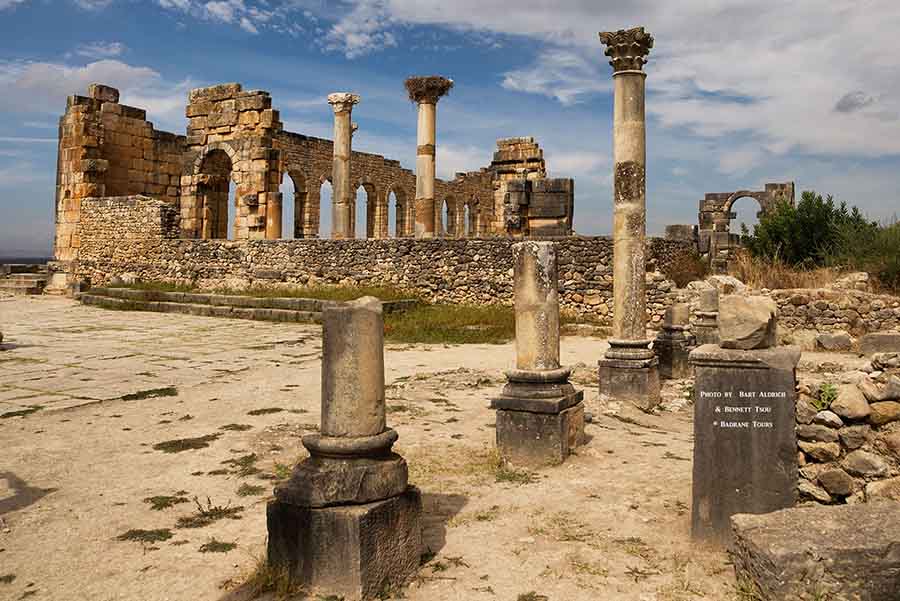 These types of journeys are scheduled for cruisers arriving in Casablanca seaport.

This excursion demands more than seven hours of driving to and back .

Hence, the earlier the better.

In a comfortable air-conditioning outo- car, your private driver will take you via the high way to Meknes city.

After, we will move to Hri Souani : One of Meknes memorials, pinpointed about 500 m south of the Royal Palace and the place Mechoua.

It depicts Moulay Ismail epoch in the early eighteenth century.

The unshakable walls were well-built to keep the constant temperature that guarantee the food freshness .

Dar El MA (water house) was operated thanks to the deep wells, using a system of Norias generated by animals.

Afterwards, we will see the mausoleum of Moulay Ismail. For more information, non-Muslim visitors are allowed to call in the mausoleum.

Now we are proceeding to Moulay Driss Zerhoune city, where the Tomb of Moulay Driss the first( the father of Idriss the second, the Fez city establisher) was founded.

Our next and ultimate site of today’s excursion is the must-see archaeological remains of the Roman civilization of Volubilis.

The site was basically recognized as that of old city of Volubilis until the end of the 19th century.

At the time of French colonization over Morocco, about half of the site was excavated, bringing to light fine mosaics.

Simultaneously, some of its high-status buildings were restored.

It has become among the most ratified World Heritage of UNISCO.

By the end of the day, the driver will directly take you back on the high way route.