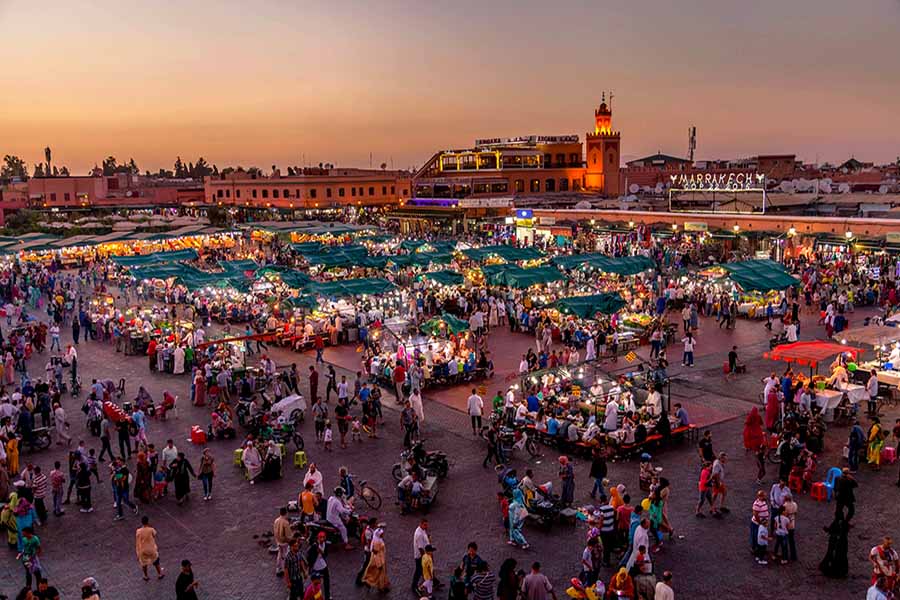 Our company has the great pleasure to take our cruisers cosily on a day trip to pay a visit to the red city of Marrakech.

Your private driver is going to be at your disposal to pick you up from your hotel or even from the Casablanca seaport via the highway to Marrakech .

The trip isn’t more than two hours to be there.

Arriving in Marrakech, a qualified guide will escort you for an inner visit to the most charming memorial sites of the city .

To start with, we will call in The twelfth-century Koutoubia Mosque. located in the south west of medina quarter. It was completely built under the reign of the Almohad Yqub Almansour

This area appeals to visitors of Morocco-about one million visitors a year.

Here you will take pleasure from the aromatic smell of Marrakechy food .

By getting into the souks, you will find a daily exhibition of huge number of Berber carpets, silver jewelry, artisan workshops, handmade shoes and tanneries.

By the end of the day the driver will be waiting for you for a back drive to Casablanca.