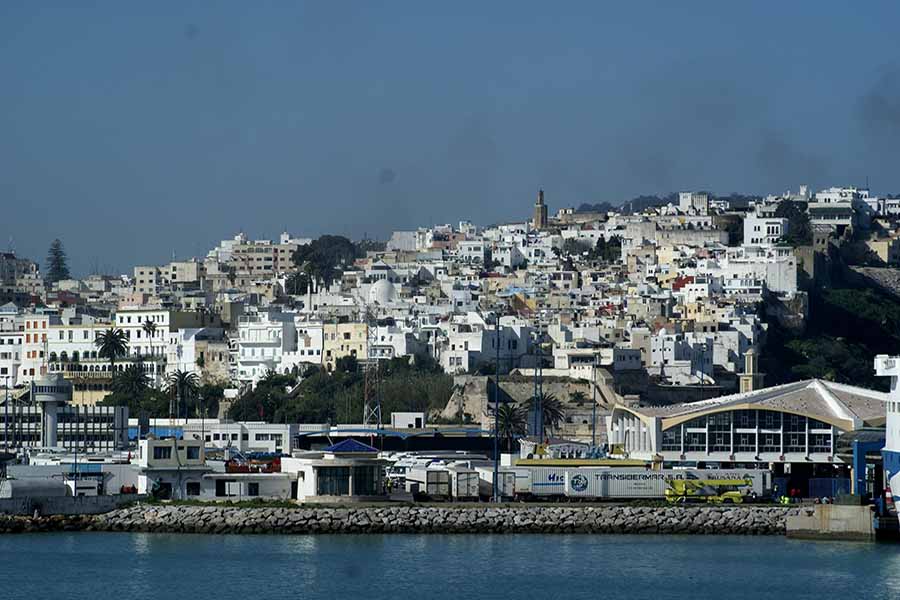 This tour will be an authentic opportunity to learn more and more about the countless characteristics of Moroccan history as well as its culture and customs. enjoy this amazing 10 days tours from Tangier city.

The leave-taking point is going to be the blue city of the north. From Tangeir.

As you enter the Rif Mountainous chain, the attractive white and blue walls and construction of Chefchaouen appear in front of you. It is really a noteworthy urbain panorama.

To get familiar with the mystery of the city, a guided expedition will make your visit more interesting.

The museum of the kasabah is going to be our first stop by. It was built in 1471.

At the time being the kasabah has been categorized as a momentous building reflecting the immense bulwark of that time.

The museum’s roof remains an appropriate location for taking pictures of the Hispanic flavored town with its white and blue houses, little balconies, tiled roofs and porches garnished with citrus trees.

Spend the first night in Chefchaouen.

Day 2 : From Chefchaouen to Meknes , Volubilis and Fez

Traversing again RIF Mountains we will leave for Meknes and Volubilis.

You will be driven via a beautiful landscape pass way to discover the archaeological remains of the Roman civilization of Volubilis.

A city established in the 3rd century BC. After we will stop by the amazing view of Oulad Shaker reservoir.

The site was fundamentally recognized as that of old city of Volubilis until the end of the 19th century.

At the time of French colonization over Morocco, about half of the site was excavated, bringing to light fine mosaics.

Simultaneously, some of its high-status buildings were restored.

It has become among the most ratified World Heritage of UNISCO.

Now we are proceeding to Moulay Driss Zerhoune city, where the Tomb of Moulay Driss the first( the father of Idriss the second, the Fez city establisher) was founded.

After a short drive, we are going to call in Meknes city.

Our first scheduled station is Bab Lekhmiss which is the main pass way to El Mellah (Jewish quarter).

Secondly, we will shift to Hri Souani : One of Meknes memorials, pinpointed about 500 m south of the Royal Palace and the place Mechoua.

It depicts Moulay Ismail epoch in the early eighteenth century.

The unshakable walls were well-built to keep the constant temperature that guarantee the food freshness .

Dar El MA (water house) was operated thanks to the deep wells, using a system of Norias generated by animals.

Afterwards, we will see the mausoleum of Moulay Ismail.

For more information, non-Muslim visitors are allowed to call in the mausoleum.

Not to mention the city’s grand gate, named after the designer El- Mansour, a Christain apostate who adapted Islam.

By the end of the day we will arrive in Fez for the overnight.

Day 3 : A guided visit in Fez city (including Fez el-Bali and Fez el-Jedid)

Just after breakfast, you will start the day’s expedition with your guide.

The first station is going to be the Royal Palace besides some nearby worth-visiting quarters among which Moulay Abedallah Quarter , the Mellah(Jewish Quarter).

Onward you will go to see Fez el –jadid, a monumental Kasabah which was considered as a governmental centre until 1912.

Moving in the direction of the southern Tower to have a look at including The “Musée des Armes”, a fortress that is used to shelter Fez city.

From Fez el-Jadid to Fez el-Bali, marked as a sequenced blocks of rooftops with minarets and domes. Cars can not go through its streets because of their narrowness.

The reason why merchants and porters use donkeys and mules.

Upon along with your guide, you will enter Rue Talaa Kebira, the main street leading to the old legendary medina.

Reaching the old medina, you will see the Karaouiyne mosque. One of the oldish mosques in the world which had operated as a great university of the kingdom.

Dar el-Magana is another site deserving a stop by.

It is a fourteenth century water clock. Around the area you can see the tomb of Ahmed el Tijani in the interior of Zeouia Tijaniya.

He is the establisher of the doctrine “Tariqqa el-Tijaniya (The Way) throughout Morocco.

Following this, you will also stop by the Ech Cherabliyine Mosque (Mosque of the Slipper makers) then have a short visit to the souks presenting a great deal of products as: henna, slippers, caftans, silks, spices and jewelries.

Next, we will stop by Fondouk El Najjarine identified as a UNISCO locality.

The second overnight in Fez

Day 4 : Fez to Erfoud through the Middle Atlas

Our tour is going to take another direction traversing the middle Atlas regions which you will certainly rouse your keenness to find out the region’s mystery.

On our way you will explore the acclivity of the middle Atlas mountains especially those of Immouzer and Ifrane.

we will make a brief stop by the top of the cedar forest of Azrou where you will watch the homeland of Barber apes ( Moroccan Makak).

Lunch time will be in Midelt.

Onward and by the end of the day we will continue towards the amazing scenic Ziz Valley and Efous Oasis stationing in Erfoud.

It is an oasis town in the Sahara desert. thanks to its proximity to Merzouga desert village in the Erg Chebbi Dunes, Erfoud has developed tourist infrastructures such as hotels and restaurants.

The overnight will be in Erfoud.

On the way we will stop in Rissani for taking some photos. Here we are going to visit the mausoleum of Moulay Ali Sherif.

If you wish we can have a short visit to Rissani local souk containing many different kinds of traditional products.

It is also advisable to try the local pizza, called ( El Madfouna) as a lunch meal.

Reaching Merzouga village late in the afternoon, you will be received with a herbal hot tea.

Later, and on a camel ride you will watch the fabulous panorama of the desert sunset before being transferred to your accommodation for the overnight.

Day 6 : From Merzouga to Ourzazate throughout Todra Gorge.

This morning, we will leave Merzouga and head for Todra gorges, a very popular area for climbers since their walls are up to 300 meters.

By visiting Dades valley, you will undoubtedly enjoy some panoramic views.

This marvelous city has long been an economic, commercial and social place for the population living in the area.

Kelaat Mgouna is nationally celebrated by the yearly festival of roses.

After we suggest seeing the valley Soukora, a palm grove of 25 km², it is one of the few groves of countries still inhabited and cultivated classified as international heritage of UNESCO.

Reaching Ouarzazate late for the overnight.

Day 7 : From Ouarzazate includes a day excursion to Valley Nomad passing by Bou-tghrar.

After breakfast a four wheel vehicle will take you via an off-road to have a look over the every day life of the nomads as cave-dwellers, passing across Bou-teghrar.

In Today’s expedition you live an everlasting experience with the life style of the nomad Berbers.

For instance, you can try their style of dressing, their cooking manners, and even their farming-like activities as baking, milking, tiding the cave and so forth.

By the end of the day, we will come back to Ouarzazate for the overnight.

In the morning you will be driven comfortably on a full option (4×4) car towards Ait Ben hadou without missing the stop by Telouet.

Arriving in Ouarzazate, our first visit is going to concern the international Studio of Atlas.

We will move to Ait Benhaddou – a world Heritage village by UNISCO.

Back in the past Ait Benhadou used to be a traditional interjection of caravans linking Marrakech with the southern Sahara.

Traders used to do business not only in goods but also in slaves.

About an hour drive from Ait Ben Haddou village we will stop by Telouet Kasabah.

Telouet is a kasabah all the way along the former route of the caravans from the Sahara desert through the high Atlas Mountains to Marrakech.

This monumental site is worth-visiting. Five years ago, this kasabah knew a restoration process.

Making our way across Tichka pass of the High Mountains where the submerged mountain hillsides are assembled with muddy-made houses of Berber families.

Once ending up in Marrakech, you will be transferred to your hotel where you will get your dinner and spend the night.

Just after breakfast, we will start uncovering the comeliness of this international imperial city including its most attractive memorials.

Then your local guide is going to escort you throughout the Djemma Lfna paths, the very celebrated public quarter in the south west of the medina.

This area appeals to visitors of Morocco-about A million visitors a year. Here you will take pleasure from the aromatic smell of Marrakechy food.

By getting into the souks, you will find a huge number of Berber carpets, silver jewelry, artisan workshops, handmade shoes and tanneries are displayed.

Day 10 : Transfer to the airport for going back home.

After breakfast, transfer to the airport in Casablanca for return flight and assistance with the boarding formalities.